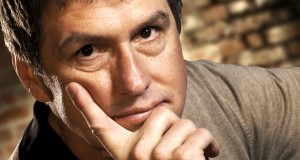 D. Chris Turner specializes in a variety of styles of writing, social media strategies and media and crisis communications training.

D. Chris Turner understands communications. He cut his teeth as a newspaper sports writer/editor and later moved to magazines as an overseas correspondent living in Panama, covering a beat in Central and South America.

Chris made the jump to corporate communications and became media relations manager of a 2,000-plus employee organization. Company news distribution went from a handful of outlets to more than 600 during his seven years in that role. Chris was also a key member of the crisis communications team, led media training, produced a corporate news podcast and worked closely with the CEO/president as a speech writer as well as offering editorial support. It was also during this time that he became heavily involved in social media, incorporating it into the news distribution mix. Chris’ masters thesis was one of the first – if not the first – in the country on corporate blogging for internal communications purposes, and it was accepted for publishing in the research journal of the Society for New Communications Research.

In 2009, Chris became Director of Communications-Eurasia, based near London and oversaw the work of four communications teams located across Europe, Central Asia and North Africa and the Middle East. Chris led photojournalists, web developers, video producers, writers and graphic designers. He and his family returned to the United States in 2011 when he launched D. Chris Turner Communications in September.

Chris and his family live near Nashville, Tenn.