NBA Commissioner David Stern still doesn’t get it. There is a reason high-profile people need media training, and  Stern proved it again when he followed one poor media interaction with another. 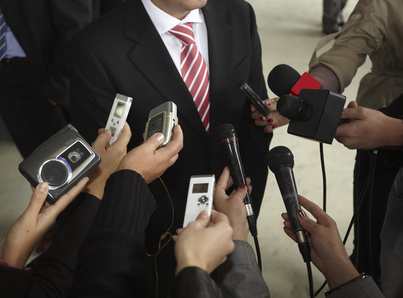 The first and most prominent was a recent interview with sports talk personality Jim Rome, Stern was asked if the NBA lottery was rigged. Stern initially said, “No,” but over the next few minutes became combative, aggressive, insulting and eventually condescending toward Rome before the interview mercifully ended. Unfortunately for Stern, it didn’t end soon enough. A week later he admitted he overreacted. Too late, it was a public relations disaster.

What set Stern on the path toward self destruction was a question about the NBA lottery draft, was it rigged, Rome asked. For years People have snarked that when a playoff series – regardless of professional sport – goes seven games, the television powers-that-be rigged it to generate more ad revenue. Betting and fixing scandals are as old as professional sports themselves. The NBA isn’t immune and has had its own recent problems. It was a legitimate question.

Rome’s question was a softball for Stern. It was a chance to grind that “rigged” rumor into the ground like a cigarette butt. “Categorically no, Jim, the NBA lottery draft is not rigged. We have a zero tolerance policy for that sort of thing and  strive to maintain the highest standard of integrity with everything officially associated with the NBA.”

Boom! Next question because that one just got rejected like a weak jump shot.

Instead, Stern dragged himself into a verbal pushing match with Rome and asked the show host if he’d stopped “beating his wife.” Stern used the response to convey that Rome had asked a loaded question, but by its defensive and combative nature, Stern left the door open to speculation about the integrity of the lottery draft. Stern has done thousands of interviews in his nearly 30 years as commission. This wasn’t  a shining moment.

So what can leaders at every level learn from Stern’s public relations air ball? Here are four media training tips to ensure you slam dunk an interview and bring your organization home a branding winner.

1. Be prepared for an interview

It doesn’t matter how many interviews you’ve done; prepare. Preparation is the heart of media training. Stern assumed he was ready for the interview, which is a problem that plagues leaders at all levels. Most are used to speaking and believe themselves to be proficient at extemporaneous moments; most are not. There is no way to predict tough or agenda-driven questions, but there is a way to control the response and it begins with preparation.

Nearly ever organization has core values and ultimately those are what a leader should communicate. They easily translate to speaking points. When in doubt, answer the question, which Stern initially did with his “No,” then transition to a core value, which is what the example response above would have done. You don’t have to know what’s coming next. Preparation centered around speaking points and core values puts you in control of the interview.

Sure, there are times when a reporter is trying to provoke a reaction, especially if they have a reputation for it (If so, and you decide to do the interview anyway, then your preparation accounts for this possibility), You don’t have to take their bait. Swallow pride, don’t become defensive, respond to the question and transition to one of your core points which can offer you stability in a hostile situation. Becoming emotional makes it more difficult to think clearly, and rarely does an emotional person come out the winner.

Not getting emotional isn’t the same as rolling over and letting an interviewer put words in your mouth that aren’t true or accurate. Again, referring to the hypothetical Stern response above, he could have disagreed in a controlled and respectful manner, directly address the inaccuracy then moved to a speaking point that reinforced a positive message about the organization, and positive messages is always what you want to leave with your audience.

You don’t have to be the commissioner of the NBA or any other prominent personality to benefit from these four media training tips. They are useful for corporate leaders as well as customer service representatives. Asserting your personality is rarely a win for you or your organization, and with a little forethought you can turn a potentially hostile situation into a branding victory.

What are some ways in which you deal with potentially brand-threatening situation, either with media or customers?

In case you missed the Rome-Stern exchange, here is the audio segment from the interview.