Let’s be honest, writing for the chief executive officer of any organization is a sweet gig, but it comes with a fair amount of pressure. Question is, if you’re responsible for putting words in the “Big Guy’s” mouth, is what’s coming out increasing your value as a trusted ally or is it increasing your chances of becoming an insurance agent? (Not that there’s anything wrong with that.) 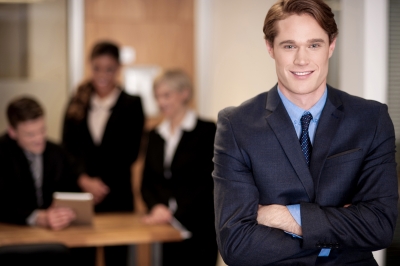 Every corporate communicator knows consistent access to top brass equals influence, however influence can vaporize faster than steam coming off boiling water.  Here are five ways to become a successful executive communicator — and stay that way.

Former GE CEO Jack Welch preaches that the CEO is the “Chief Evangelism Officer” of the organization. He has been hired to bring vision to the organization, and vision is achieved when processes align with vision. However, along the way there is a significant amount of rhetoric needed to bring people into alignment with the vision and processes. That is accomplished through constantly “preaching” the vision. Understanding what the exec is trying to accomplish and helping him get there builds his confidence in you; and confidence is the foundation to building trust.

2. Know how to keep a your mouth shut

And speaking of trust…executive communications opens the door to being privy to confidential conversations. The quickest way to find yourself in the unemployment line is betraying the trust extended to you in those situations. I’ve been included in conversations that I’ve never shared with anyone and never will – including my wife. Trustworthiness is more precious than gold.

One of the fastest ways to build rapport with an executive is to write copy that sounds like something he would say. This is easy to do…if you become a student of every nuance of the individual. How does he interact with others in an informal setting? How does he, “work the room?” What are his mannerisms? How does he deliver a formal speech or presentation? What’s his syntax? Executives need to see and hear themselves saying what you’ve given them to say.

4. Know what he should say.

Most executives can see where they want to go, but sometimes they have a hard time expressing it. It isn’t because they lack communications skills, it may be that they need someone to help them translate the vision into tangible language that communicates to people at all levels across the organization. Breaking vision down into steps people understand is a great way to add value to an executive.

5. Know what he shouldn’t say.

The news is sprinkled with examples of executives saying the wrong thing at the wrong time and killing an organization’s momentum. Worse, saying something that gets him fired. One of the greatest services an executive communicator can provide is being the eyes and ears of the organization and translating the climate to the executive. By the nature of his job, the CEO is often disconnected with the organization on the operational level. Communicators can help ensure he doesn’t verbally misstep at the wrong time.

Being a good executive communicator means a willingness to set aside ego, a vigilance to not become intoxicated with the perks that come from having access to the organization’s top tier and a commitment to serve leadership with your best effort every time you’re called upon. Apply these five keys and you’ll be a success…and stay that way.