Interview Better by Leaving the Script

Legendary NFL coach Bill Walsh is considered the godfather of the “West Coast Offense” and also made vogue the practice of scripting the first 25 offensive plays of a game. He stuck to the script regardless of the game’s changing circumstances and obviously garnered a great deal of success, but should interviewers stick to their scripted questions regardless of an interview’s changing direction? 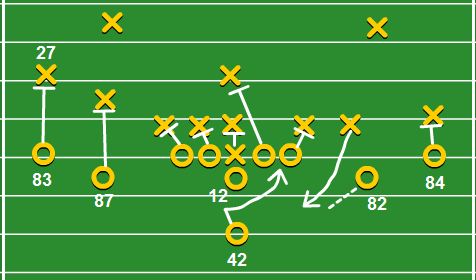 I was recently listening to an interview on NPR’s, “All Things Considered.” The conversation was between the show’s host and an extremely obscure folk musician who had some interesting songs, but as we soon found out, had an even more interesting back story. Having asked thousands of interview questions over the years, I recognized the host’s prepared questions. However, the guest’s response to one of the questions offered an interesting and unexpected tidbit that caught my attention. It caught the host’s attention too because she immediately followed up, and the interview went an entirely unanticipated – and highly interesting – direction from that point.

Of course you should script questions to ask of the person you’re interviewing and they should come from the preparation you’ve done in advance of the interview. I’ve seen reporters – unfortunately many of them television reporters – who have obviously done zero preparation prior to an interview (and they wonder why people say they are superficial). That approach is arrogant and communicates to a subject you are interested in using them rather than interested in them.  Be prepared.

Ever wonder why coaches get so miffed during post-game press conferences? It is because they’ve been asked the same questions thousands of times. Don’t be that guy (or girl). Ask something original, especially if they are someone used to being interviewed. A little effort in research can disclose an interesting tidbit that generates an original question. That question may elevate you from just being another interviewer to forget to someone to be remembered. Ask things others aren’t asking.

The thing that changed the direction of the NPR interview is that the host was listening to what her subject was saying, and not just waiting for her to finish her answer so she could move on down the list of scripted questions. Listening communicates interest to a subject and opens a door because he or she senses you are actually, well, interested. Suddenly, the wrote answers fall away and you begin to get the good stuff. However, if you aren’t listening you can’t know when to leave the script and just, “go with it.”

I’ve noticed that the great interviewers have an inherent curiosity about…everything. They want to know how the world works and what makes people tick. Curious people don’t labor through interviews because they are seeking understanding for themselves and the people to whom they’ll tell the story. Curiosity intensifies listening, communicates interest, generates original questions (and answers) and leads to great stories. Frankly, if you are not curious, consider becoming an accountant.

Interviewing others is an art in itself but a skill that can be developed with these four tips. They apply to marketing data gathering as much as to story writing. Apply them and you’ll find leaving the script often leads to a big score.