Is your social media marketer prepared to handle a crisis?

Social media marketing is all the rage with companies adding social media strategists faster than most people can hammer out 140 characters and send a Tweet. The rapid increase in available positions is testimony to the effectiveness of social networking in driving business and validates the millions of dollars shifted from traditional marketing strategies to digital strategies. But is the explosion in new hires exposing companies to crisis risk? 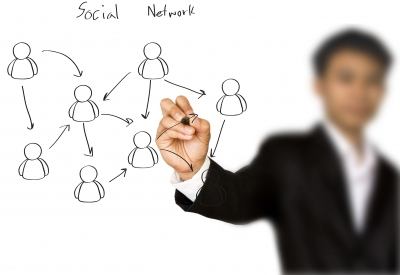 I live in the Nashville, Tenn., area and a quick search of several job sites generated no less than 23 positions seeking social media marketing specialists. Only two of those positions were senior level positions like a digital marketing strategist. The remaining positions required, on average, two years or less experience. Translation: Companies are putting relatively inexperienced people in frontline customer interaction positions.

Companies jump into social media seeing the marketing benefits in building relationships with their followers, but don’t consider the implications of followers criticizing or demanding a response during a crisis. The Susan G. Komen Foundation is an example of this in the wake of pulling funding from Planned Parenthood. Its social media response ranged from non-existent to “aloof”, as Glenn Gaudet explains in this well-written analysis of “Lessons from the Komen Controversy.”

Unfortunately, too many companies still don’t get that social media can’t be controlled the way corporate messaging used to be controlled prior to about 2004 when blogging took off. Before then, organizations simply put the “lockdown” on information. People have always criticized businesses, but social media post-2004 enables the broad dissemination of electronicly linked criticism. Followers (constituents, customers, anyone else) have the power to destroy a brand in a matter of hours. What Komen did reveals a complete lack of understanding of social media, especially in the wake of a crisis.

Komen isn’t alone. Social media is fun and hip until the proverbial poo-poo hits the fan and organizations find lockdown doesn’t work. In fact it only intensifies social berating. It begs the question: Is your relatively inexperienced social media marketing specialist prepared to handle a crisis?

Here are four ideas that can help you answer the question in the affirmative.

1. Have a crisis action plan in place that accounts for social media

It doesn’t matter how experienced an organization’s social media marketer is if there is no plan in place to govern his or her response to incoming social media activity. Careerbuilder.com released a study in May that asked the question, “Are businesses prepared for disaster” and found that businesses are significantly less prepared to deal with cyber or public relations disasters than fire or natural disasters. In fact, of the disasters listed, organizations are least prepared to deal with public relations disasters which are far more likely to happen than a fire or natural disaster. A key component in managing a PR disaster is social media, and a key person in the response is social media point person. Is there a plan in place that defines the role?

Reviewing the protocols in the plan with new hires during their orientation time is the best time to deeply define crisis-response responsibilities. Social media flash fires can flare at any moment and often the social media person/people will be first to spot the flames. When the fire sparks, do they know how to “Break glass in case of emergency” and what exactly that constitutes?

I wrote about social media monitoring in “Social media attacks: Are you prepared?” and “Corporate reputation does matter, Sorry Joan,” but the point is always worth repeating. Flash fires do happen but debriefs of crises most often reveal an issue was smoldering before it flared. Social media marketers maintaining a real-time connection to an organization’s followers are also park rangers watching for any shift in attitude represented in the public comments of followers. Trending trouble needs to be reported up line ASAP.

Social media happens…now! Followers who turn on your organization don’t pause long enough for you to get message approval from up line or legal. Long delays create time gaps that onlookers view as refusal to respond. Agreed, followers should not be allowed to dictate an organizations response, but even an initial response let’s a growing mob know you are present and listening. Social media marketers need to know what they are allowed to say – and NOT say – as there is obviously legal implications such as in the case of an HR issue.

Organizations should rush to include social media managers and marketers in their communications strategies, but they should also not become so enamored with the positive side of social media that they leave themselves unprepared for the negative side.