Media Training: Why the C-Suite needs it

It’s been said that Steve Jobs didn’t sell computers; he sold an experience. Every CEO and other C-level executives – or leaders at any level in an organization – should view every speaking opportunity as an opportunity to “sell” a good experience, and media training can help make it happen. 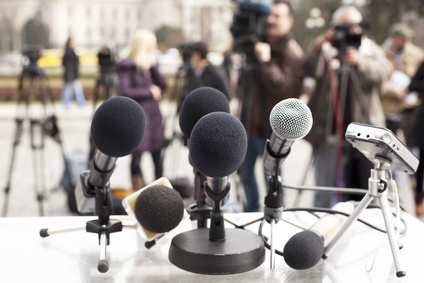 Unfortunately not every CEO sells a good experience when they speak and there is a long list of examples that prove it. As unfortunate, too many CEOs and C-suite executives believe they have the gift of “winging it.” Let’s be honest, often the problem is ego, and the men an women in the top seat mistakingly equate lack of preparation as a prerequisite for extemporaneous speaking. The results are often disastrous, costing companies millions of dollars and often costing the CEO his or her job.

What people may not know about Jobs’ presentations is the hours of practice and preparation he put in before ever standing before an audience. I’m convinced the excellence of his product presentations had more to do with driving Apple’s stock prices than did the products themselves. His speeches created a vision of the future…then delivered the future to us in the here and now.

Iconic former GE CEO Jack Welch said the primary job of the CEO is to be chief evangelist for the company. It doesn’t make any difference if the CEO is sick of listening to the message, it is his or her job to “preach” the vision so that everyone believes it and heads in that direction. Media training helps refine those messages so that they are concise and memorable. Media training also helps ensure consistency. Many CEOs have gotten themselves in trouble by communication message variations to different audiences. Inconsistency creates uncertainty, and uncertainty breads lack of trust in leadership.

A hostile engagement could be a media interview, but it could also be a share holders’ or board of trustees’ meeting. Media training done by a competent trainer in a controlled environment leads the CEO into the hard areas everyone is hoping to avoid. However, practice and preparation build confidence. This preparation is vitally important should a crisis interrupt normal business operations. Even the most common crises threaten to damage brand equity, and it is the CEO and other leaders who should lead the charge to protect the brand. Media training equips them to effectively advocate the organization’s mission and vision.

If some of the best speakers in American history saw the value in preparation then why don’t more CEOs? The future of a nation isn’t at stake (like it was for Abraham Lincoln) or the hope of a people (like it was for Martin Luther King, Jr.), but the future of a company is at stake. Too many CEOs are dismissed from their jobs before seeing their vision for a company come to fruition. Often it’s because leaders see where they want to go but are not astute at clearly communicating direction. Media training helps verbally focus a CEO’s vision which enhances his or her leadership.

The most important asset a C-level leader has in his or her arsenal is the ability to clearly communicate, but communication technique is too often the most neglected tool in the tool box because it is assumed. Even a little media training sharpens the instrument, refines clarity and increases confidence. A small investment in training can reap a significant return in the areas of influence, brand equity, shareholder confidence, employee loyalty and…the bottom line.