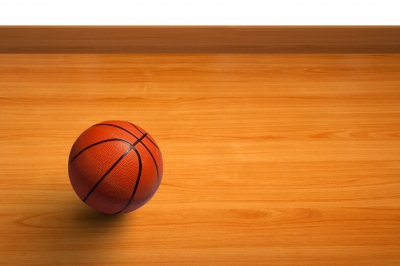 That’s what’s happened with two Middle Tennessee high schools. In a pathetic show of sportsmanship, two very strong girls’ basketball teams tried to lose a pivotal game to one another to avoid receiving a higher seed in the upcoming regional tournament. The reason to avoid the higher seed was to keep from playing a nationally ranked powerhouse which both teams lost to earlier in the season. The result was that both teams were rightfully suspended for the remainder of the season and both schools will pay a $1,500 fine.

And it blew up. Social media videos everywhere. Fodder also for local sports talk radio and newspapers as big as USA Today. It even made it to ESPN SportsCenter. What unraveled as an excruciatingly slow mockery of the game exploded into a reputational crisis of national proportions. Are you creating favorable conditions for a crisis?

And that’s the way crises happen in today’s world of instantaneous communications. What may start as a localized organizational moment of indiscretion can quickly become a flagrant organizational foul. When your organization shoots a big-time air ball, here are three steps you should take.

Listen, when it is so obvious to everyone that your group stepped in the proverbial poop, just quickly own up to it. Even if the only thing your statement says is, “We totally screwed this one up. We know it. We’re sorry. We are going to take a closer look at who’s responsible and how this happened and we’ll get back to you.” Obviously in some cases potential legal actions against your organizations would temper this, but in cases were you blew it with a product, customer service or in other areas, just own it. These days, it was probably caught on video anyway so everybody already knows you shot an air ball.

2. Take action quickly and communicate it

There are times when crises are so obvious it doesn’t require an in-depth internal investigation. This basketball incident is one of those. If removing a coach is deemed appropriate, remove him quickly and communicate what actions are being taken. So many times crises are prolonged because leadership is too slow to act. Prolonged crises kill organizational reputations. Remember, every second you don’t act is another second that video is exponentially going viral on Twitter. (And you are monitoring social media, aren’t you?)

3. Create a plan for moving on

You have to respond to the initial tsunami crisis, but you also must map a strategy for moving ahead as quickly as possible. Address it, take action, then spend most of your time communicating where things are heading with your organization in the wake of the problem. Create  speaking points to guide you and take Baloo the Bear’s advice from the Jungle Book, “Accentuate the positive.”

Of course the best way to avoid winding up in the national news is to not do the things that create a crisis in the first place. However, if cranial flatulence sets in and your organization shoots an air ball, grab the rebound and get a better shot.