Established fact: Social media has seemingly limitless benefit for organizations in today’s socially – and globally – networked world. It can also be the proverbial gasoline on a fire during a crisis. Bad news travels at the speed of a Tweet; and often gathers social momentum like a runaway train. Ten minutes earlier social media may have been a corporate communicator’s dream vehicle to the organization’s audience; now it’s a crisis communicator’s nightmare. Are you ready? 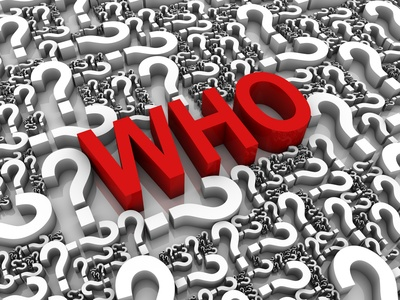 Let’s face it, every organization is going to face a crisis, and let’s consider a crisis anything that potentially diminishes the reputation of an organization. Unfortunately, the range of issues that threaten a brand is endless.

Because of the speed of communication through social media, corporate communicator’s can often find themselves behind in their crisis response before they know it. That’s why preparation is critical so that the crisis communications plan is thorough, and the best place to begin is by asking, “Who?”

Like any good journalist, crisis managers and communicators must identify the who, what, when, where, why and how of a situation. The list below isn’t exhaustive because every organization is different, but here are five (of 10) “Who” strategies to consider related to social media before, during and after a crisis (Note: a single “Who” may have several of these responsibilities).

1. Who is accounting for social media in the crisis plan?

If social media is seen as an add-on to the “real” crisis communications strategy, you are destined for a disaster in the midst of a crisis. Someone must fully identify every element related to social media and integrate it into the master crisis communications plan, review it and rehearse it. Who is the person tasked with this foundational element?

2. Who is helping the C-Suite understand the implications of social media in a crisis?

More CEOs Tweet now than ever before (and sometimes their Tweets cause the crisis!), but they disappear when an issue escalates. Right now, before a crisis hits, ask yourself, “Who is helping those in the C-suite who use social media understand its role and their role in a crisis management plan?” Their disappearance during a crisis, when they’ve bee regularly Tweeting the rest of the time, potentially opens them and the company to intense criticism and reputation damage beyond the crisis. If they participate in social media, they need to participate at least at some level during a crisis, and someone needs to prepare them to confidently engage during a crisis. Who?

3. Who is educating employees about using social media in a crisis?

Erroneously reported information during a crisis is a communicator’s worst nightmare, and unfortunately, that is what well-meaning employees sometimes do. Who is training employees ahead of time to understand the legal implications for them and the organization if that happens? Who is educating employees to know where the social media boundaries are and where they can get accurate information to share during a crisis? (Hint: It is part of the plan; see No. 1)?

4. Who are you social with before a crisis?

Any organizational communicator – especially the media relations manager – ought to socially follow, friend and interact with every media person in his or her contacts file – and then some (like key bloggers). Social media compresses the time it takes to build those relationships, but only if communicators are networking and participating in social media daily. Make some friends now, you may need them in a crisis.

5. Who outside your business can help in a crisis if you are understaffed?

This may apply more to smaller organizations, but it never hurts to have some friendly faces in your corner. It could be a local PR firm, influential friends or industry experts. The key is having a plan in place that quickly connects with these “friends,” identifies who will bring them up to speed and offers suggestions for how they could use their social media channels. This isn’t a card you play flippantly. Identify ahead of time why and under what circumstances you’d trigger this aspect of a plan.

These are the first five social media “Who” strategies that you ought to consider when developing your crisis communications plan. Again, being proactive before a crisis hits can help you deal more confidently with the social media aspect of a crisis. In Part 2  we’ll look at five more “Who” strategies that will help you develop a more comprehensive crisis communications plan.

How does your organization account for social media in its crisis plan?