What you say impacts branding

Leaders do not have the luxury to verbally swing and miss when it comes to branding their organizations. However, too many do, and when they do it isn’t as simple as, “opportunity lost.” In some cases it is reputation lost and job lost, and sadly many never understand what just happened. 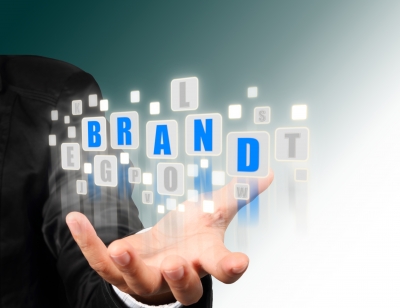 I was recently at a large convention where various non-profit organizations were giving annual reports to an audience whose attendees were largely responsible for their funding. The leader of one group launched into a speech that eloquently explained how the organization sometimes “gets it wrong.” I was expecting there to be some transition to juxtapose all that the organization did well. It never came. The longer he spoke the more he reinforced a negative image of his organization. It was a disaster! His associate sitting next to me nearly crawled under the table. Sad thing is this organization actually does some phenomenal work that unfortunately no one will ever know about (and may never support – after all, who wants to fund and organization that “gets it wrong!”).

Where did he go wrong? He was obviously well prepared, but his attempted cleverness totally missed the mark. Here are four ways leaders – anyone really – can seize opportunities and come out looking professional and competent, and someone to whom people want to be connected.

At some point in an organization’s life, a team of employees were locked in a room and told not to come out until they created a vision statement and core values. What they may not have known – and too often leaders don’t realize – is that what they were also creating were key speaking points. Leader, if this is who you are as an organization then that’s what everyone – both inside and outside the organization – ought to know about you. The way they know is you tell them. Jack Welch, longtime CEO of General Electric, once said, “Like every goal and initiative we’ve ever launched, I repeated the No. 1 or No. 2 message over and over again until I nearly gagged on the words. The organization had to see every management action aligned with the vision.”

He goes on to say leaders never have the luxury of growing tired of “evangelizing” others about the vision of the company. It’s a big part of their jobs. If for some reason a leader is caught unprepared and asked for comments, they should default to the vision.

2. Recognize what you say really does matter – always!

Rarely is what leaders say neutral. The impact can significantly bolster an organization and win it new customers, or be devastating and take organizations years to recover. For instance, when BP Oil’s CEO Tony Hayward, made several insensitive comments in the wake of the 2010 Gulf of Mexico platform explosion and subsequent oil leak, he managed to destroy any sympathy the public would have extended to the company. In today’s post-Enron, -WorldCom and -Tyco world, people’s default setting toward organizations is suspicion. Saying the wrong thing – even if it is truly an insignificant thing – can exaserbate the disaster. Sometimes it is worse than the disaster. Perception truly is reality, and perception becomes your brand identity.

The killer, of course, is when employees hear a leader’s thoughtless comments, thereby inadvertently eroding morale and organizational connectedness. Employees don’t enjoy working for organizations their friends mock and hate.

Yep, just like the Boy Scouts: Be prepared. How can someone be in a leadership position and not assume that at any given moment they may have to “give and account” of themselves or their organization? Abraham Lincoln was meticulous with preparation. He’s unfortunately gotten pegged as an off-the-cuff speaker and too many have said he drafted the Gettysburg Address on the back of an envelope on the train to the battlefield from Washington D.C. Not so. Lincoln arrived in advance of the dedication ceremony and labored intensely with every one of the historic 263-words (version in the Lincoln Memorial) he penned for the day.

It is not presumptuous for a leader –  the CEO of a major company or a senior on the local high school football team – to assume they will be expected to communicate something of relevance at any moment. In fact, it is unacceptable for a leader at any level to be unprepared.

Spending 15 minutes to organize speaking points may not bring fame and fortune but there is a nearly certain guarantee those 15 minutes will help a leader avoid infamy and unemployment. Start with the vision and values and create three clear, concise statements that represent the best of what the organization has to offer. See those statements in light of some of the toughest questions someone could ask: “Why should we financially support your organization?”; “What makes your organization unique?”; “Why would someone want to work for you?”

So,how would you respond to those questions? (Pssst! Use the speaking points.)

Leaders by nature use their minds and words to communicate the best of what their organizations represent. A little “messaging batting practice” can enable a leader to knock one out of the park and leave a significantly positive branding impression. Let’s face it, no leader wants to be the Mighty Casey of corporate branding.